XHAKA, ONLY ARSENAL ABSENTEE FOR VILLA

Arsenal manager Mikel Arteta has a fully fit squad to pick from except Granit Xhaka as he prepares to welcome Aston Villa to the Emirates Stadium for the second time under his managerial watch in North London. 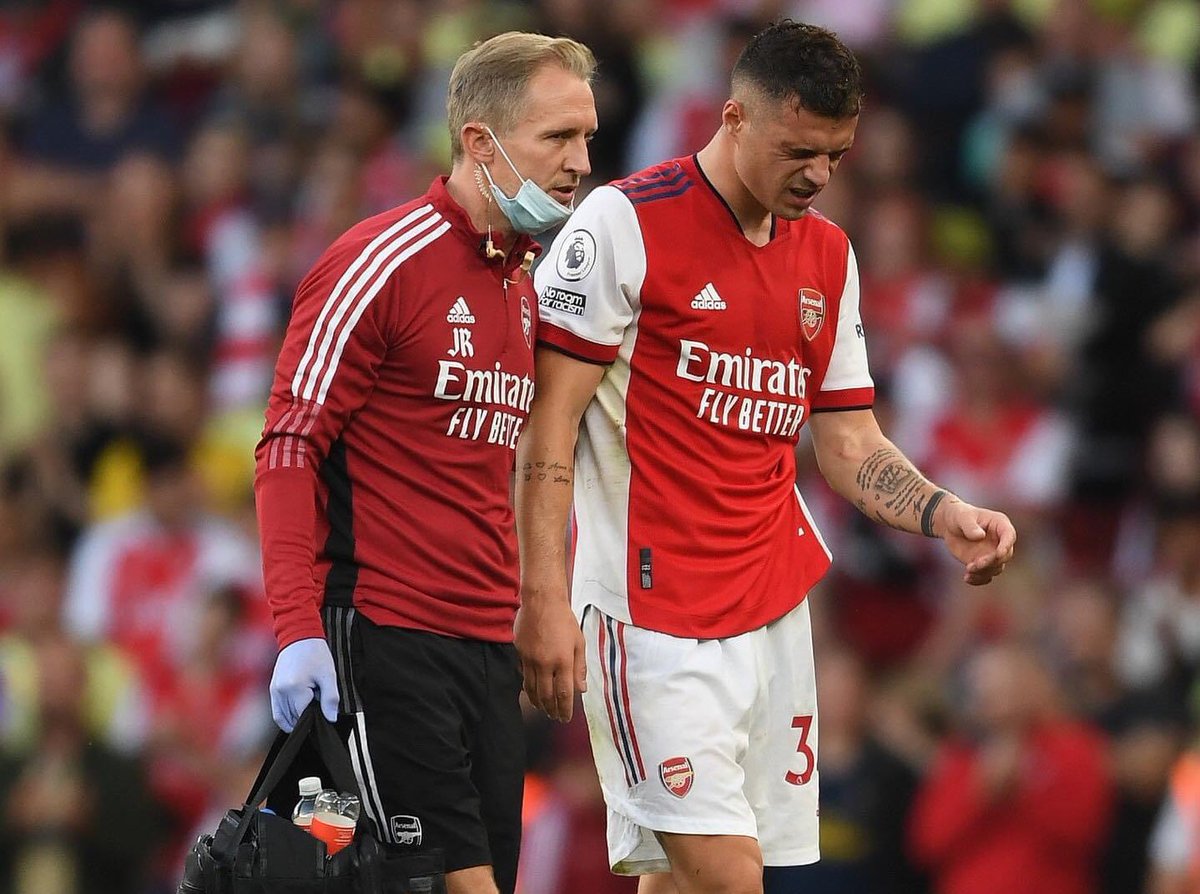 Arteta initially had doubts on the availability of players such as Scottish international Kieran Tierney and England international Bukayo Saka but both players have been declared fit for the game. England attacker Saka and Scotland fullback Tierney had picked up respective knocks during the London Derby clash with Crystal Palace at the Emirates Stadium on Monday night and were both doubtful for the Villa game. They have since returned to Arsenal training and are in contention for the game billed for the Emirates Stadium on Friday night.

In the last league game, the foul on England national team star Saka by Palace midfielder James McArthur was the major talking point of the game. Centre referee Mike Dean issued a yellow card to the Scottish player for the wild kick when a red card was more appropriate. The kick on Saka happened towards the end of the first half and the Arsenal player failed to re-emerge for the second half as a result. On his part, Tierney picked up a few bruises from the Palace game and missed some training sessions this week as a result.
With the likes of Saka and Tierney back in contention for the Villa game, Swiss international Granit Xhaka is the only absentee due to a long-term injury. Xhaka is recovering from a knee injury and he's not expected in the Arsenal XI until the final days of this year at least. Xhaka sustained the knee injury during the North London Derby clash at home to Tottenham Hotspur in the league last month. The Gunners are winless in the two Premier League games since the injury to Xhaka.