Mason Mount was an unused substitute after he made his return to the Chelsea squad for the first leg of theChampions League round of 16 tie with French champions Lille. The England international sustained an injury during the recently concluded FIFA Club World Cup tournament on Qatari soil and that forced him to miss the Premier League game at the weekend. The England national team star was absent for the London Derby clash with hosts Crystal Palace on the Premier League stage last weekend. Without the England international, Chelsea were able to take the derby spoils thanks to their 1-0 away win. In-form Hakim Ziyech came off the substitutes’ bench to score the only goal of the game in the final three minutes. The away win consolidated third position for Chelsea on the Premier League log. 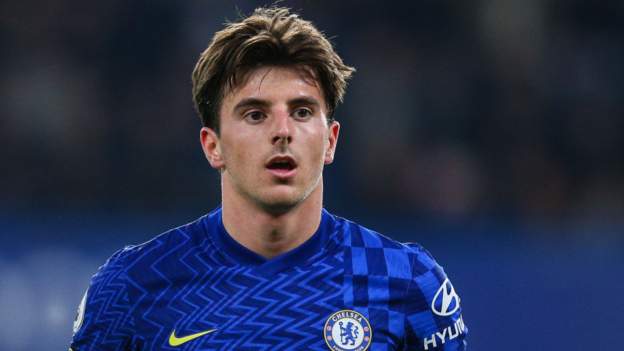 England playmaker Mount started the Champions League game with Lille at Stamford Bridge on the bench and manager Thomas Tuchel opted not to use him until the end of the game which finished in a comfortable 2-0 win for Chelsea. The Blues are the reigning champions on the Champions League stage after they beat Premier League rivals Manchester City 1-0 in the final,courtesy the goal from Kai Havertzin the first half.

Chelseawent ahead against their French opponents through the aforementioned Havertz inside the first eight minutes after he powered home a header from an Hakim Ziyech corner kick. His goal gave the Blues a 1-0 lead at the half-time interval. American international Christian Pulisic ensured that Chelsea will take a good lead to France ahead of the second leg next month when he scored the second goal just before the half hour mark.

Chelsea are the defending champions and they have taken a big step towards the Champions League quarterfinals this season after their first leg result.