Tottenham Hotspur striker Harry Kane scored twice either side of the half-time break to lead his team to a big win at home to Everton in the Premier League. In the process, Kane also became the sixth all-time goalscorer in the history of the Premier League. His two goals propelled Spurs to a 5-0 win as they closed the gapon the top-four places on the Premier League table. 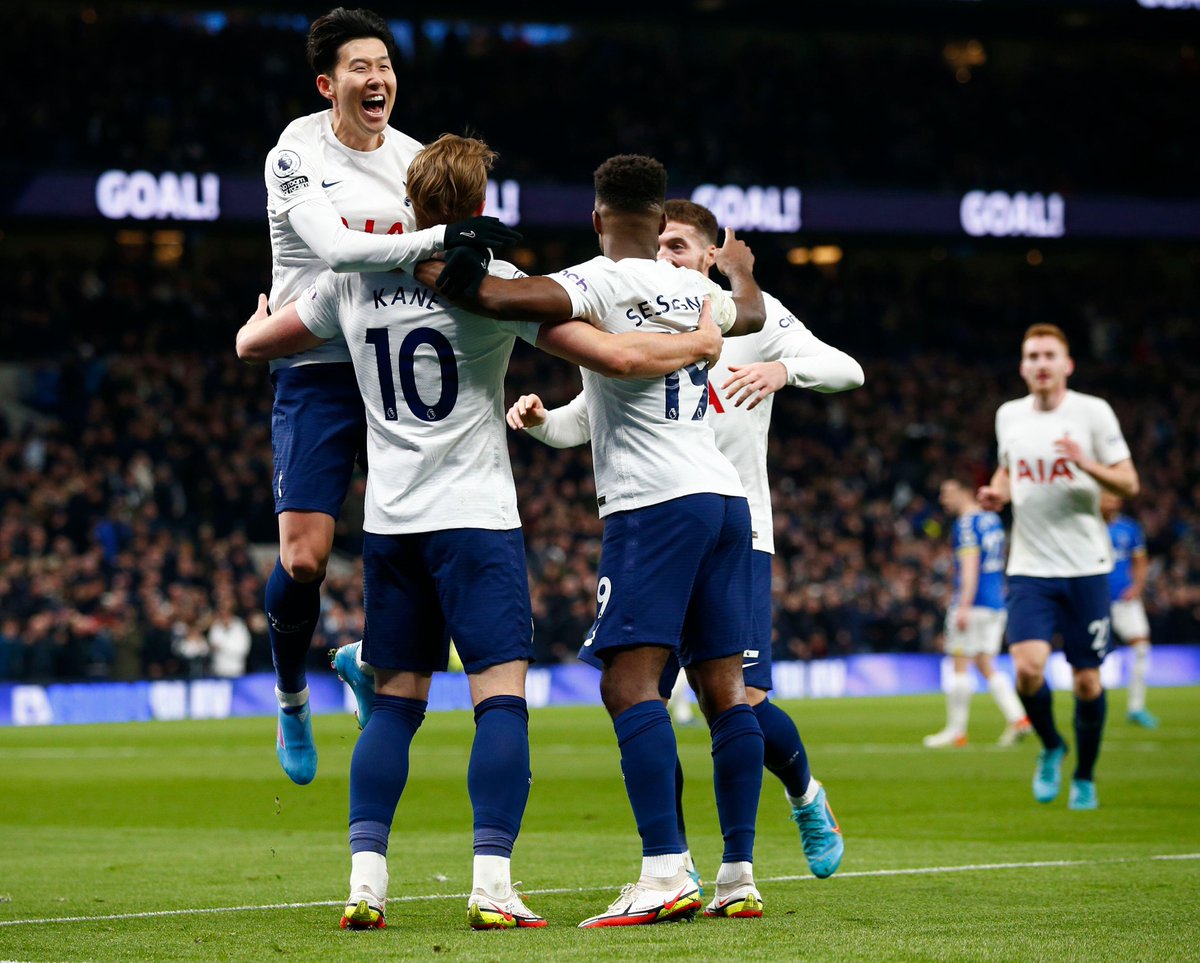 Hosts Tottenham Hotspur took the lead through a Michael Keane own goal in the 14th minute.The England defender put through his own net from a Ryan Sessegnon. South Korean international Son Heung-Min doubled the advantage for Spursthree minutes after the opener off the assist from Sweden national team star DejanKulusevski.

England international Kane scored the first of his two goals eight minutes from the break to ensure that Tottenham Hotspur established a three-nil lead at the end of the first 45 minutes.
Tottenham Hotspur scored a fourth goal at the start of the second half thanks to Spanish left-back Sergio Reguilon who had just come on as a substitute for the aforementioned Sessegnon.England striker Kane wrapped up the scoring for Spurs ten minutes into the second half as he completed his brace.
With his two goalsagainst Everton, Kane was able to take his Premier League tally to 176 goals as he moved ahead of Arsenal legend Thierry Henry on the list of the all-time highest goalscorers as far as the competition is concerned. Only the quintet of Chelsea legend Frank Lampard, Manchester City legend Sergio Aguero, Andy Cole, Wayne Rooney and Newcastle United legend Alan Shearer have more goals than Kane.
Tottenham Hotspur stay in seventh spot with the big win over Everton, but they are now three points off North London rivals Arsenal in fourth spot.