England international Harvey Barnes was on target as Leicester City secured a 2-1 away win over hosts Preston North End in their pre-season friendly clash on Saturday. The England winger turned out to be the recipient of the winning goal at the end of the game at Deepdale. 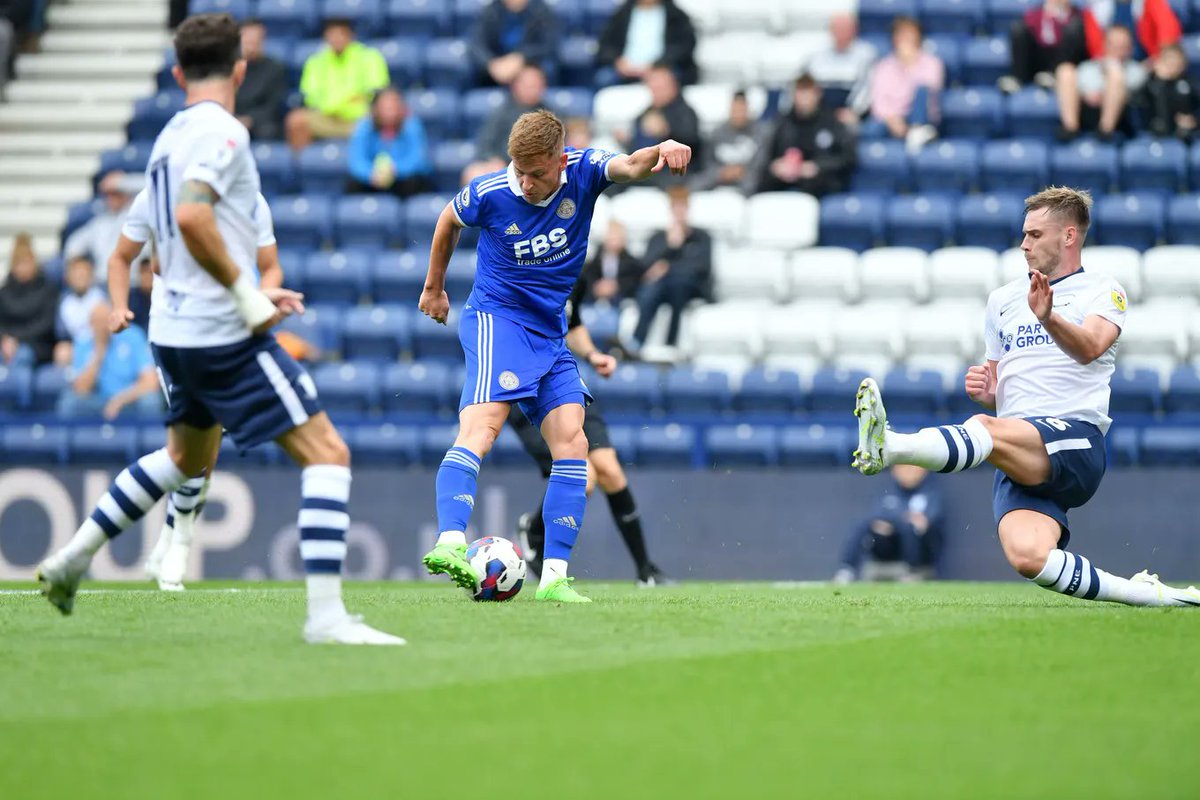 Leicester City have two weeks before they play their first Premier League game in the new season. The Foxes will start the upcoming Premier League campaign at home to London team Brentford. In preparation for the new Premier League season, Leicester City divided their team into two for the friendly games against Preston North End and Derby County.

For the Derby game, Nigerian striker Kelechi Iheanacho scored one of the goals as Leicester City secured a 3-1 away win over their League One opponents. For the Preston game, Retired England international Jamie Vardy opened the scoring on 13 minutes off the assist from the impressive KeinanDrewsbury-Hall. English midfielder Drewsbury-Hall was also the assist provider for the second Leicester City goal scored by the aforementioned Barnes. Six minutes separated the two Leicester City goals in the first half. English Championship side Preston pulled one back through Alistair McCann four minutes into the second half. The Championship team had a lot of time to score an equaliser, but they were unable to make it happen as the Foxes sealed an away victory.
Leicester City had a record of one win, one draw and one loss from three games before the games against Preston North End and Derby County on Saturday. For their final pre-season friendly game this summer, the Foxes will take on Spanish club Sevilla on the last day of this month.
Brendan Rodgers and his Leicester City players would be hoping to improve on their position in the Premier League last season ahead of the new season.