Aston Villa have boosted theirfirst team squad with England striker Danny Ings. The England international has joined Villa from fellow Premier League team Southampton in a £25m deal. Ings has signed a three-year deal at Villa thereby becoming the fourth signing of the summer at the club after Leon Bailey, Ashley Young and Emiliano Buendia. 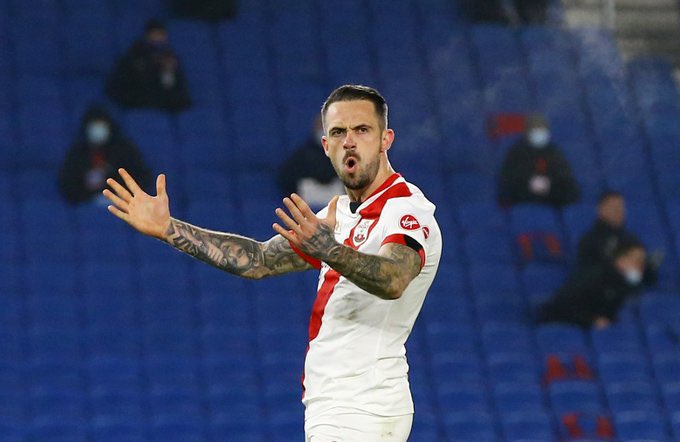 29-year-old England player Ings had a good record in front of goal during his time at Southampton whom he joined from Merseyside giants Liverpool three years ago. Ings joined the Saints from Liverpool in 2018 and he went on to score 46 goals in 100 appearances for the club until his time came to an end this summer.

On Ings' signing, Villa boss Dean Smith told the club's official website that the England striker is an outstanding Premier League player and that he's a consistent goalscorer at his various clubs.

Ings turned down the offer of a new contract at Southampton in July before he signed for Villa. He had one year left on his Saints contract. Ings opted against signing the four-year contract offer from Southampton. The offer would have made him the best paid player in the history of the club. Ings left the Saints to test himself at a higher level. His time at Liverpool was hindered by two serious knee injuries that saw him spend a lot of time on the sidelines.

Southampton have moved to fill the gap left in their attack with the exit of Ingsby signing petite striker Adam Armstrong from English Championship team Blackburn Rovers. The Saints paid £15m to secure his transfer from the Ewood Park outfit. Armstrong is back in the Premier League after several seasons in the Championship. In addition, the Saints have strengthened their attack with the loan signing of Armando Brojafrom Chelsea.