England international John Stones is prepared to take charge of the central defensive duties with Manchester City following the departure of Vincent Kompany. Kompany served the Citizens for the past 11 seasons and he was able to win four Premier League titles, two FA Cups and four League Cups with the Mancunian giants. 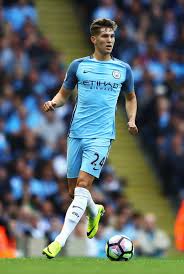 Speaking to Sky Sports, Stones said that Kompany was not only a teammate and captain but also a good friend for the players. He added that he is looking forward to filling the boots of the Belgian, who is currently with Anderlecht as the player-manager, he told: "There's some big shoes to fill - Vinnie (Kompany) set a benchmark at the club which I don't think can be done again.

"He's such a good person and for anyone who becomes captain, if they do half the job he did then they will be able to call themselves successful. He was such a key player for us, and will be missed by everyone, especially me personally.But it's a great challenge for me and us all to step up and grab the bull by the horns and run with it now."

Stones barely started games in the Premier League during the backend of the previous season where Pep Guardiola preferred to go with the combination of Kompany and Aymeric Laporte at the heart of the defence. Thereafter, the former Everton man did not enjoy the best of times with the Three Lions as he was guilty of making high-profile mistakes during their Nations League semi-final defeat to the Netherlands and he will be hoping to make amends next term.

At present, the Citizens practically have three senior centre-backs in Stones, Laporte and Nicolas Otamendi for next season, considering Eliaquim Mangala has been placed on the transfer market. It remains to be seen whether they would pursue another central defender before next month’s transfer deadline.